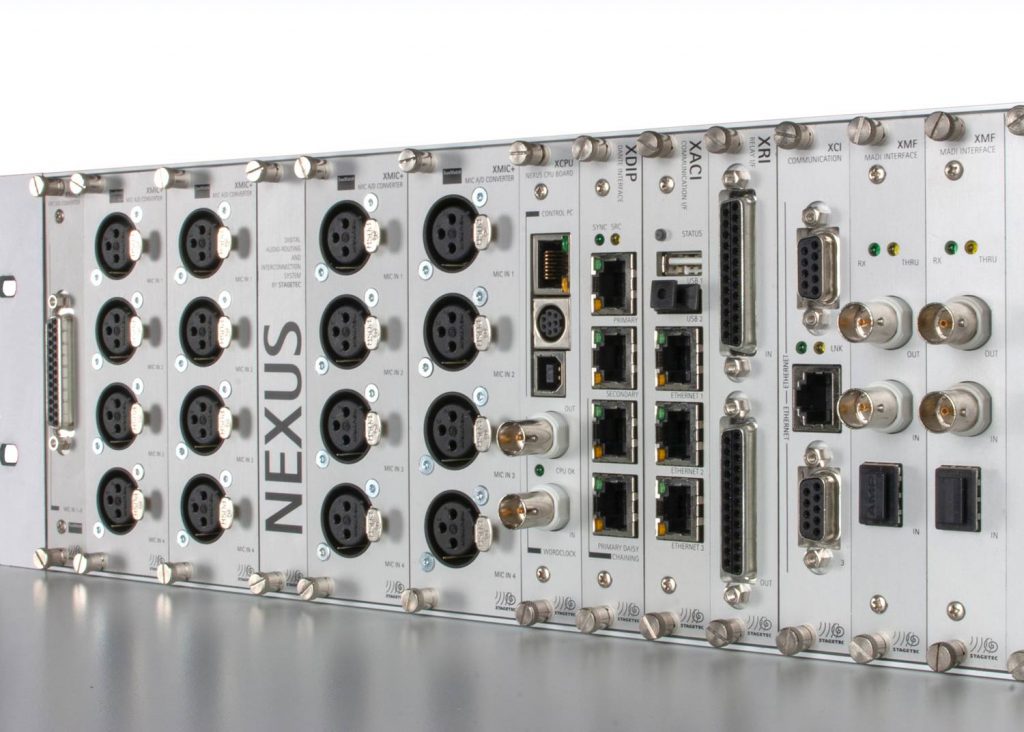 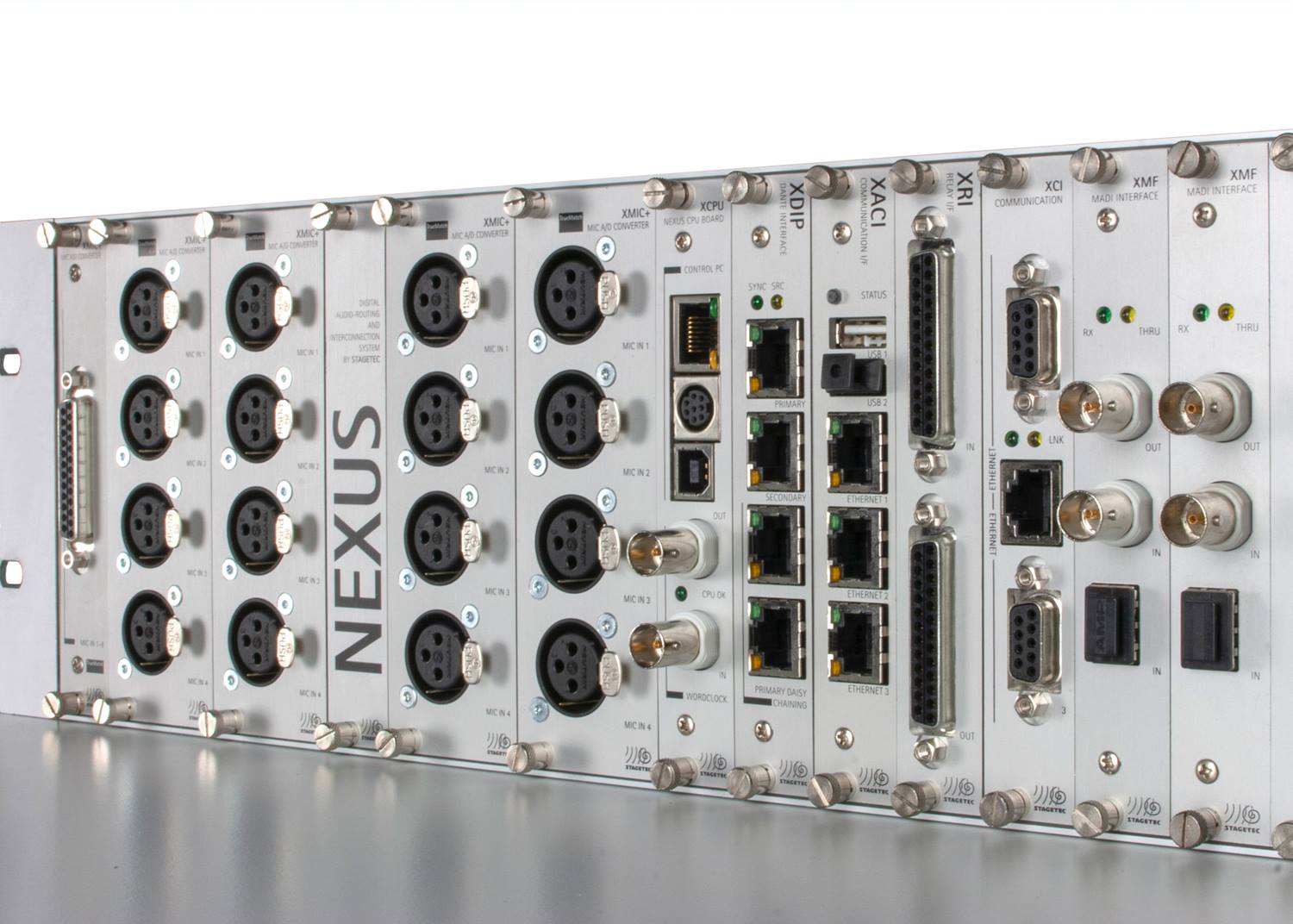 can control NEXUS microphone inputs and can use the NEXUS converters.

With the TrueMatch® microphone converter, NEXUS offers excellent AD/DA converter technology at an internal resolution of 32-bits and a dynamic range of 158 dB (A), eliminating the need for microphone preamplifiers.

Yamaha has expanded Dante device support with the latest update of the CL/QL series of mixers. Yamaha mixing consoles can now be accessed over IP in Stage Tec NEXUS routing systems to control the parameters of the TrueMatch microphone inputs (phantom power, low cut and gain).

NEXUS requires the Dante audio-over-IP interface XDIP and the control board XACI for this interaction. A Dante board provides up to 64 channels. Up to four Dante boards can be used per mixing console. This IP-based variant replaces the serial modification (via MADI and NEXUS XCI).

Licenses for NEXUS remote control by Yamaha mixing consoles need to be purchased. For more information please contact us at tm stagetec systems.